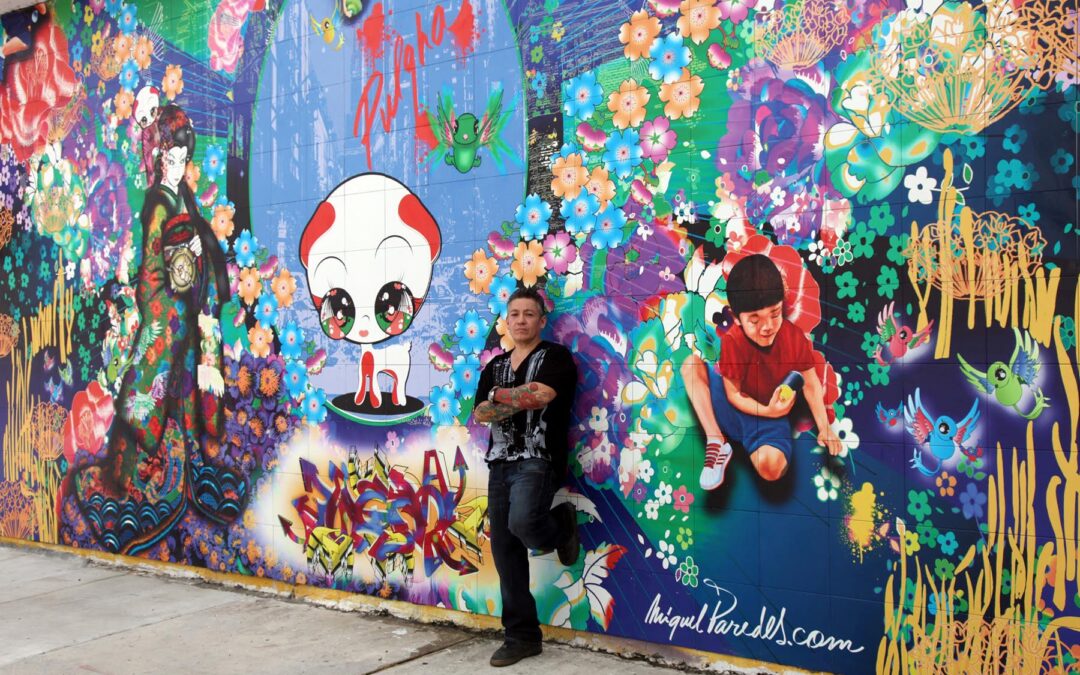 Renowned pop artist and urban realist to show as many as 10 recent works as a member of the new luxury lifestyle, presentation, and event venue

MIAMI – November 17, 2015 –CASA Wynwood, a new members-only exhibition space, gallery, and event venue featuring high-end art, home decor, and luxury products, has announced that multi-media pop artist Miguel Paredes will be among the first members to join, and will be displaying new works beginning with the CASA’s Grand Opening event called EXHIBIT on December 3 during Art Basel Miami. Paredes will also be discussing his work in an invitation-only presentation on December 4 at 7 pm at CASA Wynwood.

Born and raised in Manhattan, Paredes fuses the power and immediacy of New York City graffiti with the skill and precision of a classically trained artist. His early artistic ability earned him an invitation to study at the highly regarded Fiorello La Guardia High School of Music and Art, which many know from its portrayal in the movie Fame. Paredes was later influenced by Ronnie Cutrone, an immediate assistant to Andy Warhol. Today Paredes’ works are in the collections of individuals, companies, public and private agencies, celebrities, and musicians around the world.

“I’m excited to be showing my works in this unique new venue, and to be doing so in the company of a group of really talented artists,” said Paredes, referring to a line up that includes, Matheus Goulart, Dr. Steven Swancoat, Mateus Bailon, among others. “I’m also looking forward to catching up with my collectors and other people who are interested in my work.”

Paredes’ is currently working on a series of paintings based on 1960s love-themed comics.“ All of my paintings tie into my personal life in some way,” he said. “These comics really struck a chord with me. I’m eager to show the paintings at CASA Wynwood.”

Paredes’ portion of the CASA Wynwood group show may contain as many as 10 paintings. The large works will feature a mix of realism and two-dimensional techniques. It is unknown whether the anime-type character known as Pulgha that he created nearly 15 years ago and that features prominently in his work will be represented in the new pieces.

“We’re thrilled and honored to have Miguel as one of our honorary founding members and among the first artists to display their art here,” said Christi Tasker, CASA Wynwood co-founder and“ Chief Happiness Officer.” His skill and creative vision are truly phenomenal.”